Why I Love Wonder Woman 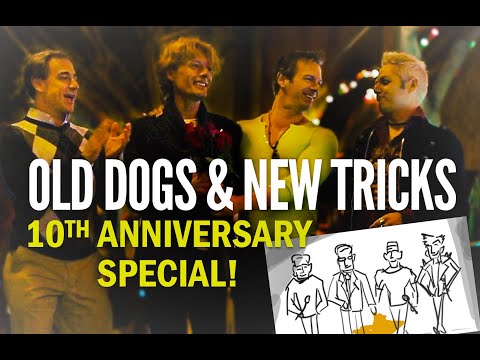 A Decade of Old Dogs!

Leon Acord is an award-winning actor who has appeared in over 35 films you've never seen and 30 plays you've never heard of. Possible exceptions include the digital TV series Old Dogs & New Tricks (2011-2016) on Amazon Prime Video (which he also created, wrote & co-produced), the stage hit Carved in Stone (in which he played Quentin Crisp in both SF and LA productions), and the feature films Open, Final Remains, and Some Prefer Cake. His 2020 memoir, SUB-LEBRITY: The Queer Life of a Show-Biz Footnote, is available in paperback & e-book on Amazon. He wrote his one-man show Last Sunday in June (1996) and co-authored the 2014 play Setting the Record Gay. He was a "Take Five" columnist for Back Stage West throughout 2009, and a former contributor to Huffington Post. He has also written for San Francisco Examiner, WeHo News, and the journal Human Prospect. He currently lives in West LA with husband Laurence Whiting & their cat Toby, and serves on the Board of Directors of The Ledge Theatre. His next book, Expletives Not Deleted, will be available next year.

Almost-Live Reading #5 'You're Nobody 'til Somebody Hates You!'

'Everything I Know, I Learned from TV' from SUB-LEBRITY